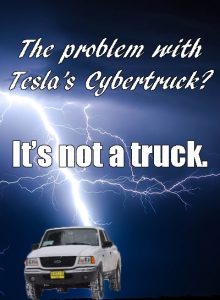 I want to get excited about an electric pickup truck. Like little kid on Christmas morning excited… But so far, I’m not. The notion is a perfect one — Americans love trucks and in general we love the idea of electric vehicles. Seems like a no-brainer, right? Let’s hold off on that question. Last Friday (November 22) Elon Musk made news by unveiling Tesla’s electric pickup, the Cybertruck. Opinions formed almost immediately, and with good reason. The Cybertruck is a lot of things. An interesting concept car, a marvel of technology rooted in Musk’s love of Blade Runner, meme fodder, and a partially botched unveiling. There’s just one problem. The Cybertruck isn’t a truck.

What do you mean the Cybertruck isn’t a truck?

There’s a lot I don’t like about this design. I personally don’t love the appearance, but I’m sure some people like it. That’s all well and good. It’s still not a truck. That doesn’t mean that I’m entirely unimpressed with it.

If Tesla’s claims prove true, it’s a capable vehicle, able to carry and haul significant loads and cover a lot of distance between charges. That’s cool, but still… the Cybertruck isn’t a truck. How do I know? Well, first of all I can look at it and see that it doesn’t resemble any truck I’ve ever seen.

But do looks matter?

When it comes to consumer products, I would argue yes. Yes they do. That’s why companies behind meat substitute products like the Impossible Burger spent so much R&D resources trying to make their veggie burgers look like beef. Likewise, companies working on an electric truck — such as Tesla — should consider trying to make vehicles that they refer to as trucks, actually resemble trucks.

I’m skeptical that Rivian’s R1T electric truck will live up to some of it’s claims, as much as I want to believe. Despite those doubts and even though Rivian doesn’t boast Tesla’s name recognition or star power, it is at least recognizable as a truck.

But will people buy the Cybertruck?

Absolutely. Tons of people will. According to Elon Musk, Tesla received 146,000 orders and deposits for the Cybertruck one day after its unveiling. So clearly, there are some people who dig this vehicle and its design. And let me be clear, if you like the look of the Cybertruck and you’re aching to get one, there’s absolutely nothing wrong with that. I’m not suggesting that this isn’t a good vehicle. I’m saying that the Cybertruck isn’t a truck. Sure it has a bed, but so does an El Camino. As does a Subaru Baja. Neither of which, I would argue, are trucks.

So yes, clearly there are people interested in the Cybertruck. Almost 150,000 of them. Of course, that number is based on deposits, not delivered units. The earliest Cybertrucks won’t enter production until 2021 — a year later for more robust versions. To be clear, I’m not saying that those order numbers don’t matter at all. I’m simply saying that a $100 refundable deposit isn’t a lot of skin in the game for a lot of auto-buyers.

Here in my neck of the woods, where South Dakota and Wyoming meet, I find it difficult to believe that Tesla is going to steal a lot of pickup truck market share. I’m just not convinced that all —or even the majority — of the Cybertruck orders come from people who would be shopping for traditional trucks. Here’s why.

Truck owners want to drive trucks that look like trucks

I know, a crazy thought right? Here’s the thing I love about trucks — they’re the ultimate utility vehicle. Even my 18 year old stock Ranger can handle hauling decent sized loads, manage basic towing, and is competent off-road. According to Tesla, the Cybertruck will outperform my Ranger in every way — by their accounts it will outperform pretty much every midsize truck on the market. But it just doesn’t look like a truck.

I’m bringing up appearance a lot, but for good reason. We all know that looks aren’t everything, but here’s a dirty secret about the auto industry; almost nobody will ever use their vehicle to its full capacity. Most pickup truck owners aren’t hauling, towing, or off-roading all day every day. I actually do forget this a lot, because it’s easy for me to take a drive and see tons of pickups out in fields doing work, towing horse trailers, or hauling construction materials. But even here in the small town Midwest, where ranches and National Forest share space, most truck drivers aren’t pushing limits. I know I’m not. Sometimes, however, the way a vehicle makes you feel matters just as much as its capabilities.

But whether they use them to their full capability or not trucks are part of people’s identities. My truck is part of my identity. And that matters.

Identity will have just as much — if not more — to do with purchase decisions than a truck’s capabilities. If you think that sounds silly, pump the brakes for a second. Out of your friends with Dodge Rams, how many haul horse trailers? How many jeep owners do you know that use them to crawl over boulders? How many people in SUVs would have all their vehicular needs met in a sedan or a hatchback? Hell, how many people drive mini-vans with someone in each and every seat? It isn’t just truck drivers who connect identity with their vehicles. It’s most auto-buyers, which is why vehicle advertising works the way it does.

If the Cybertruck isn’t a truck, how do we make an electric pickup?

Identity matters. I have no real way of knowing except via Twitter spying, but I speculate that the majority of Cybertruck orders don’t come from “truck people.” Musk fans, Tesla fanatics, electric vehicle supporters maybe… But I don’t know if they’re people who would have been in the market for a Tacoma, F-150, or Ram.

If Tesla’s claims are true, they’ve engineered a very capable vehicle. It’s just not a truck. But I think in general automakers are really over-complicating this process. So if anyone in the vehicle design world happens to read this, let me make it simple and easy for you.

Take all of that technology you’ve designed. Make sure that it has capable hauling and towing capacity, as well as four-wheel drive. And then make it look something like this. 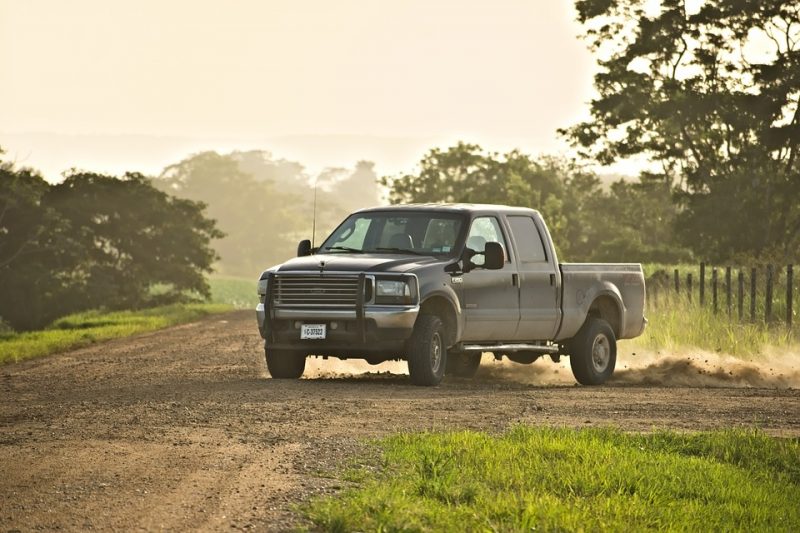 It doesn’t have to be this make or model. But you can go ahead and put all the tech into an existing truck body if it’s easier. No polygons or too-smooth curves. It shouldn’t look like a video game or a sci-fi film. Keep it simple. Make it look like a truck. Because the truth is, truck drivers want to drive trucks that — surprise, surprise — look like trucks.

Tesla’s new vehicle is pretty capable and clearly there are people who like it. But I’m sticking to my guns — the Cybertruck isn’t a truck. But I’m ready to be excited about an electric truck, and I don’t think I’m the only one. Automakers, listen up! If you make a fully capable electric pickup that actually looks like a truck, people will buy it.

6 thoughts on “The Problem with Tesla’s Electric Pickup? The Cybertruck Isn’t a Truck”