If you like to recreate in the great outdoors, even if that just means pulling your trailer into a campground, then you need a land ethic. You may, in fact, already have one — at least the foundation of one anyway — even if you’re not aware of it.

If you’re uncertain if you have a land ethic, or want to recreate more responsibly in the great outdoors, this post is a good starting point. The two that will follow it will help you get going in the right direction — but in the end, how you treat the land is up to you.

So let’s get started.

What is a land ethic? 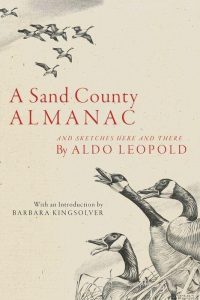 In short a land ethic is a philosophy or mental model about how people should view and interact with the land. We can thank Aldo Leopold for the term and for putting into writing, in A Sand County Almanac, the idea of humans having a moral responsibility when it comes to the natural world.

Of course, indigenous people already had the idea of a land ethic before Leopold, but he popularized the idea among industrialized white people. And let’s be honest, they’re (we’re) the folks who clearly lost track of this moral responsibility in the first place.

Leopold didn’t give us an easily understood and applied set of rules to follow, but there is one guideline that points us in the right direction:

“A thing is right when it tends to preserve the integrity, stability, and beauty of the biotic community. It is wrong when it tends otherwise.”

How did Leopold come up with this?

Leopold didn’t come to such ideas straight out of the womb. As is often the case, his wisdom came from experience. Employed to hunt and kill predators in New Mexico, Leopold shot a mother wolf and her cubs. The experience had a profound effect that changed his perspective.

Here it is, in his own words:

“We reached the old wolf in time to watch a fierce green fire dying in her eyes. I realized then, and have known ever since, that there was something new to me in those eyes — something known only to her and to the mountain. I was young then, and full of trigger-itch; I thought that because fewer wolves meant more deer, that no wolves would mean hunters’ paradise. But after seeing the green fire die, I sensed that neither the wolf nor the mountain agreed with such a view” 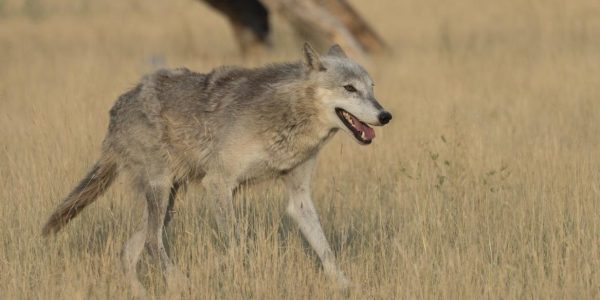 But despite that experience, it was only the beginning of the shift in his view. For the better part of two decades following the incident, Leopold was still singing the same old song — killing predators would lead to more prey animals, ie a paradise for hunters.

Nature doesn’t work like that. Ecosystems require balance, and the eradication of predator populations leads to a boom in deer population, followed by overbrowsing that creates significant damage to the area’s flora and fauna, and eventually leads to mass starvation of deer.

Leopold did eventually come to understand this, and would write of it thusly:

“I have lived to see state after state extirpate its wolves. I have watched the face of many a newly wolfless mountain, and seen the south-facing slopes wrinkle with a maze of new deer trails. I have seen every edible bush and seedling browsed, first to anaemic desuetude, and then to death. I have seen every edible tree defoliated to the height of a saddlehorn. Such a mountain looks as if someone had given God a new pruning shears, and forbidden Him all other exercise. In the end the starved bones of the hoped-for deer herd, dead of its own too-much, bleach with the bones of the dead sage, or molder under the high-lined junipers.”

And, to humans. As Leopold saw it — and I am inclined to agree — you can’t separate people from the land. To take steps to care for humanity necessitates taking steps to care for and protect the land. We can no more separate ourselves from the natural world than we can separate ourselves from the need to eat, drink, and breathe. It’s easy to forget, thanks to our climate-controlled homes and media on demand, but we are part of the biotic community.

And remember the guidance that Leopold gave: “A thing is right when it tends to preserve the integrity, stability, and beauty of the biotic community. It is wrong when it tends otherwise.”

We are a part of that. We are intertwined and intimately connected to the natural world.

Is this the only land ethic?

Land ethics come in more than one flavor. Since Aldo Leopold popularized the idea, his particular view — an ecological-based land ethic which views humankind as part of the biotic community in which we have responsibilities — is often what folks think about when referencing a land ethic. But there are others.

Examples include an economics-based land ethic, and a utilitarian-based land ethic. The former is based — I’m sure you guessed it — on the economic benefits of land maintenance. The latter is based on providing the most good for the most people. These, and other land ethics may have their time and place, but I’m not going to dive into those for one reason; I believe that an ecological-based land ethic, such as the one popularized by Leopold, in fact does provide the most good for the most people, and is actually the most profitable, when you consider land not for our generation or the next, but for hundreds of future generations.

So that’s a land ethic is, in a nutshell. Now you may be thinking, “Sure that’s all well and good, thanks for the lesson, but I don’t litter and I’ve never started a forest fire. Do I really need to invest that much thought into a land ethic?”

Yes. Yes you do. It’s good that you’re thinking about caring for the wild places we love, but having a land ethic in place will provide a framework that makes it simple to protect those places. In the next installment of Land Ethic 101, I’ll dive deeper into why this is the case, and how a land ethic will help our planet. Make sure you don’t miss it by signing up for my mailing list below.